40 years of Slovene studies at the University of Nottingham

By Evelina FerrarFebruary 23, 2015No Comments

On Wednesday 11 March 2015, the University’s Department of Russian and Slavonic Studies is hosting an event to celebrate its 40th anniversary.

The event will start at 4:30 pm in the Senate Chamber (Trent Building) for a rich cultural programme and talks. A reception with Slovene wine and potica, hosted by the Slovenian Ambassador, will follow. The evening will be concluded with a concert by the Slovene musician Vlado Kreslin starting at 7:00 pm. 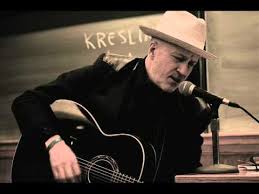 The University’s long association with Eastern European languages and cultures began as far back as 1916 when the Department of Russian and Slavonic Studies was founded by a Slovene, Professor Janko Lavrin. Slovene studies were introduced within the department in the academic year 1974-1975 and the ongoing teaching of Slovene language and culture is supported by an agreement between the University of Nottingham and the University of Ljubljana. To date, more than 300 students have studied Slovene at Nottingham. Four decades on, Nottingham remains the only university in the UK where it is possible to study the language.