Songs, poetry and potica at 40th anniversary of Slovene at Nottingham

By Evelina FerrarMarch 15, 2015No Comments

Slovenia may be a small country, but it has great friends at the University of Nottingham. To commemorate the 40th anniversary of Slovene studies at the university, students, lecturers and singers stage a magnificent celebration on 11th March.

Nottingham is the only British university to include Slovene language and culture among the study modules it offers, and its students and lecturers prepared an attractive programme of festivities for the invited guests from Slovenia, London and other parts of the country.

Dr David Denton of the Department of Russian and Slavonic Studies gave a perceptive talk about the author Ciril Kosmač, whom he hailed as one of the foremost figures of Slovene literature. Postgraduate student Olivia Hellewell spoke of learning the dual form of Slovene when she visited the country with her boyfriend. 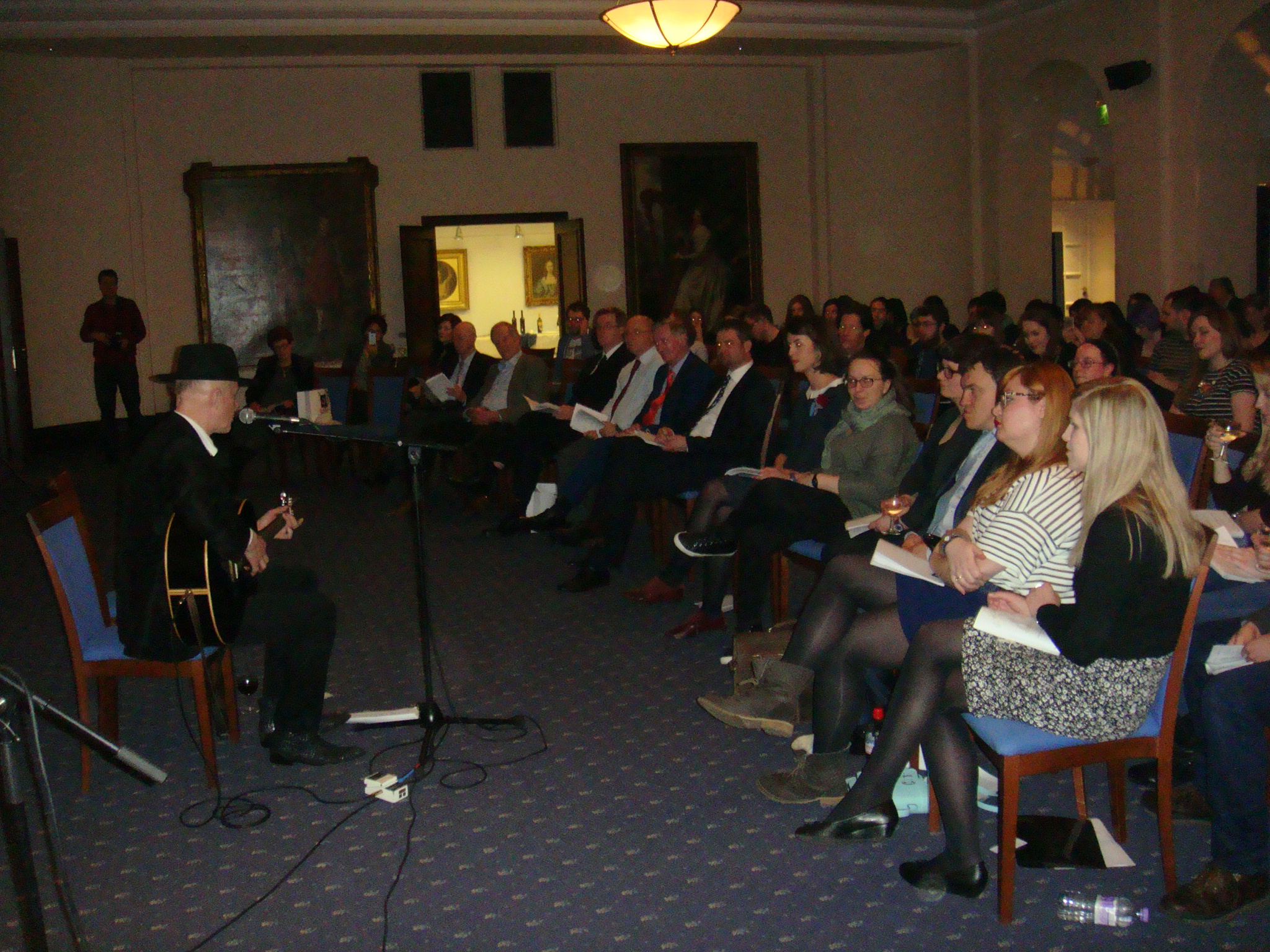 Then Slovene singer Vlado Kreslin recited his poetry and sang his songs, which students of the Nottingham faculty had translated into English. Vlado’s melodies and words were inspired by the soulful, misty atmosphere of Slovenia’s Prekmurje region, where he grew up mixing with gypsies.

The Slovenian Embassy donated wine and six kilos of potica, the latter brought over personally from Slovenia by HE Ambassador Tadej Rupelj.  Among those attending was Mr Gorazd Žmavc, Slovenia’s Minister for Slovenes abroad.