By Evelina FerrarFebruary 10, 2015No Comments 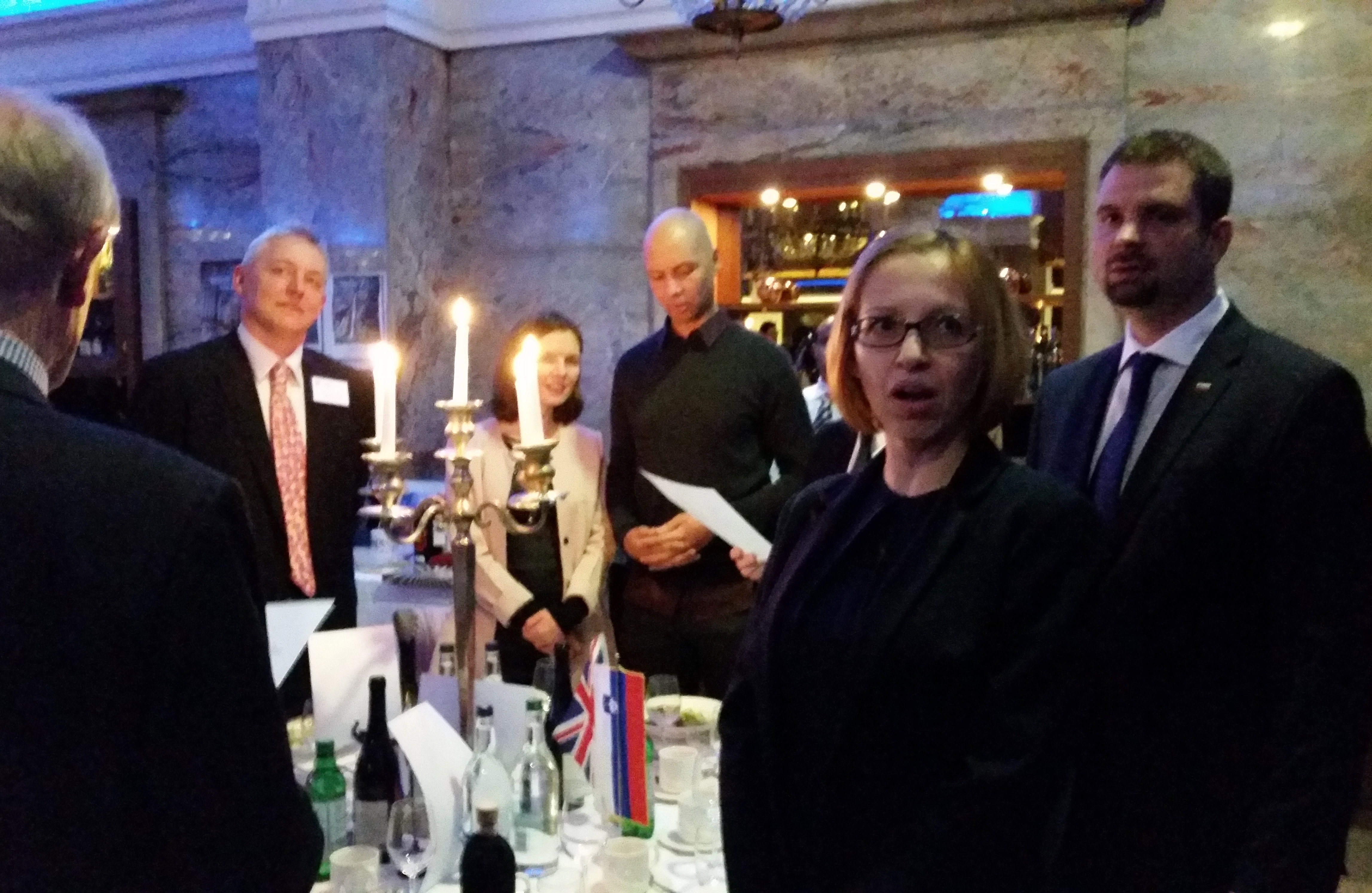 When Britons and  Slovenes rise to their feet for the Slovenian National Anthem at the Prešeren Dinner in London, you don’t expect a group from Cumbria to be leading the singing. But the star performers at this year’s British-Slovene Society Annual Dinner were Lep pozdrav iz Sedbergha. As became quickly apparent, Sedbergh is not in Slovenia but in the north of England. It’s twinned with Zreče in Slovenia, and the choir led by David Burbidge (in the kilt) have developed an impressive repertoire of Slovene folk songs. 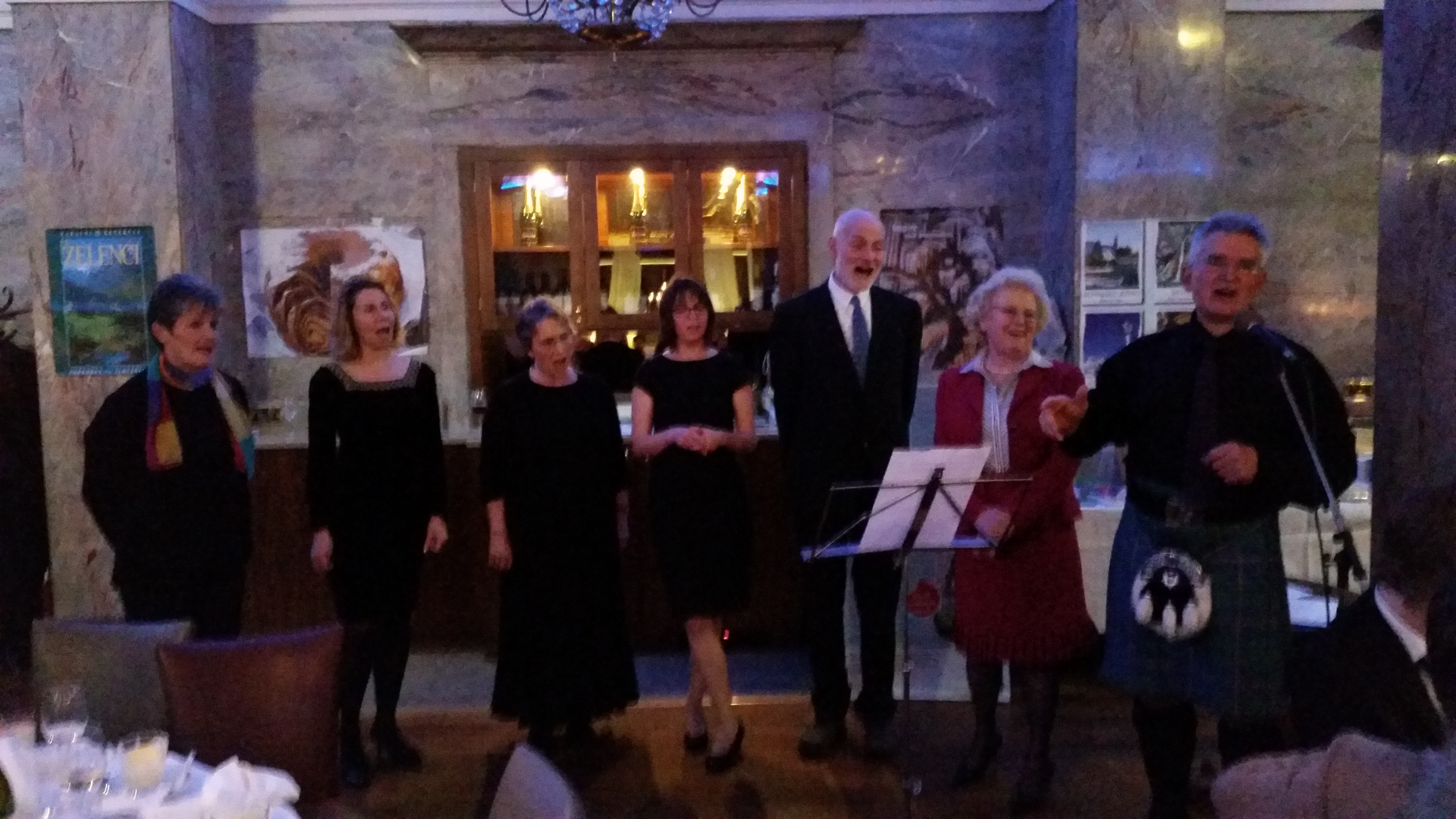 As the Sedberghers launched into the moving Slovene song about the beloved lime tree (Lipa zelenela je), one Slovene listening remarked, “You can tell they’re not Slovenes, they’re not sad enough,” but gave them a hearty round of applause all the same.

The raffle collected a record sum of £495 for the Society’s charity Barka, which helps  people with special needs. This bears witness to the generosity of members, but also the sterling efforts of our raffle ticket-sellers, who confronted every guest with a smiling invitation to contribute. 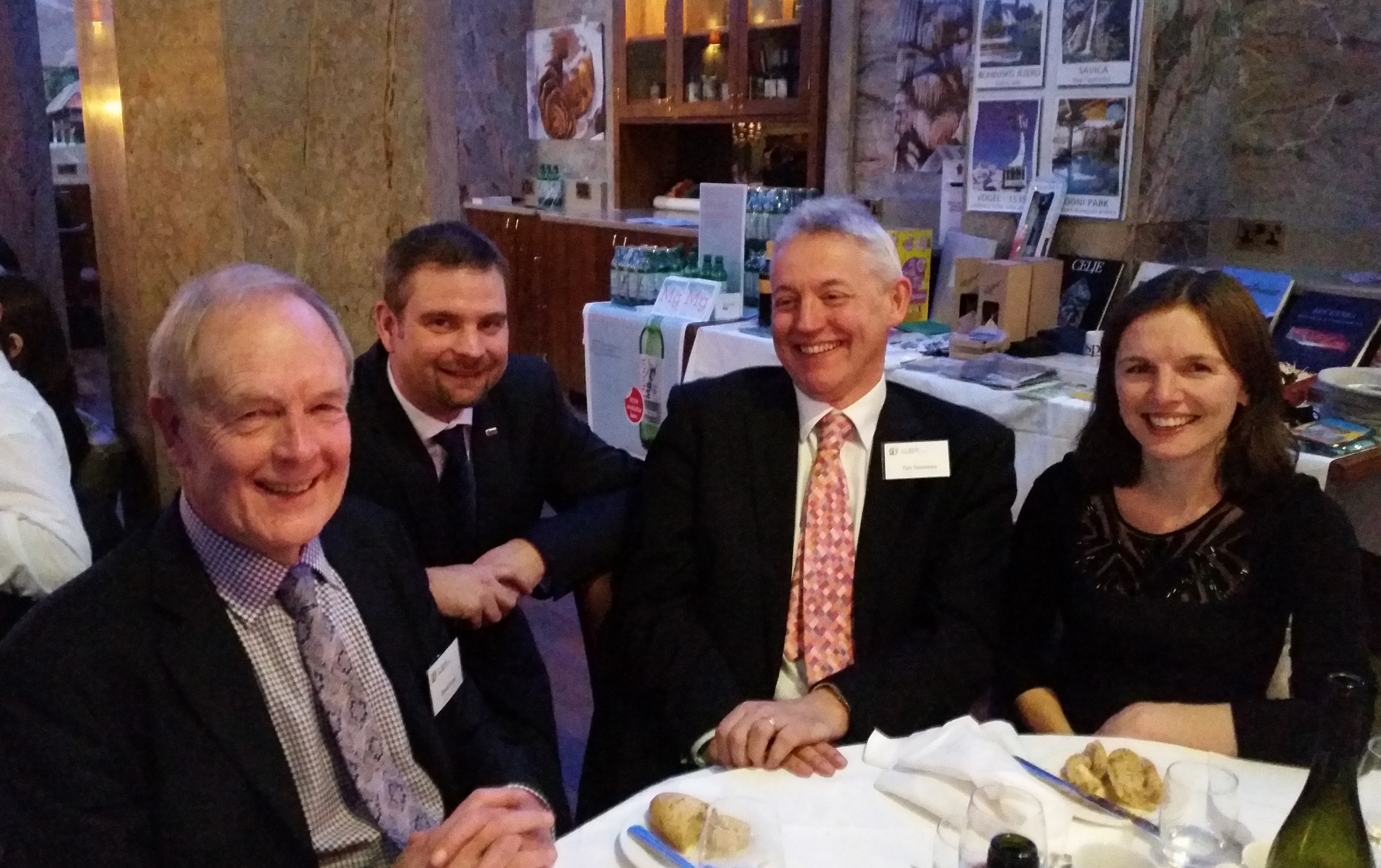