By Evelina FerrarFebruary 22, 2019No Comments 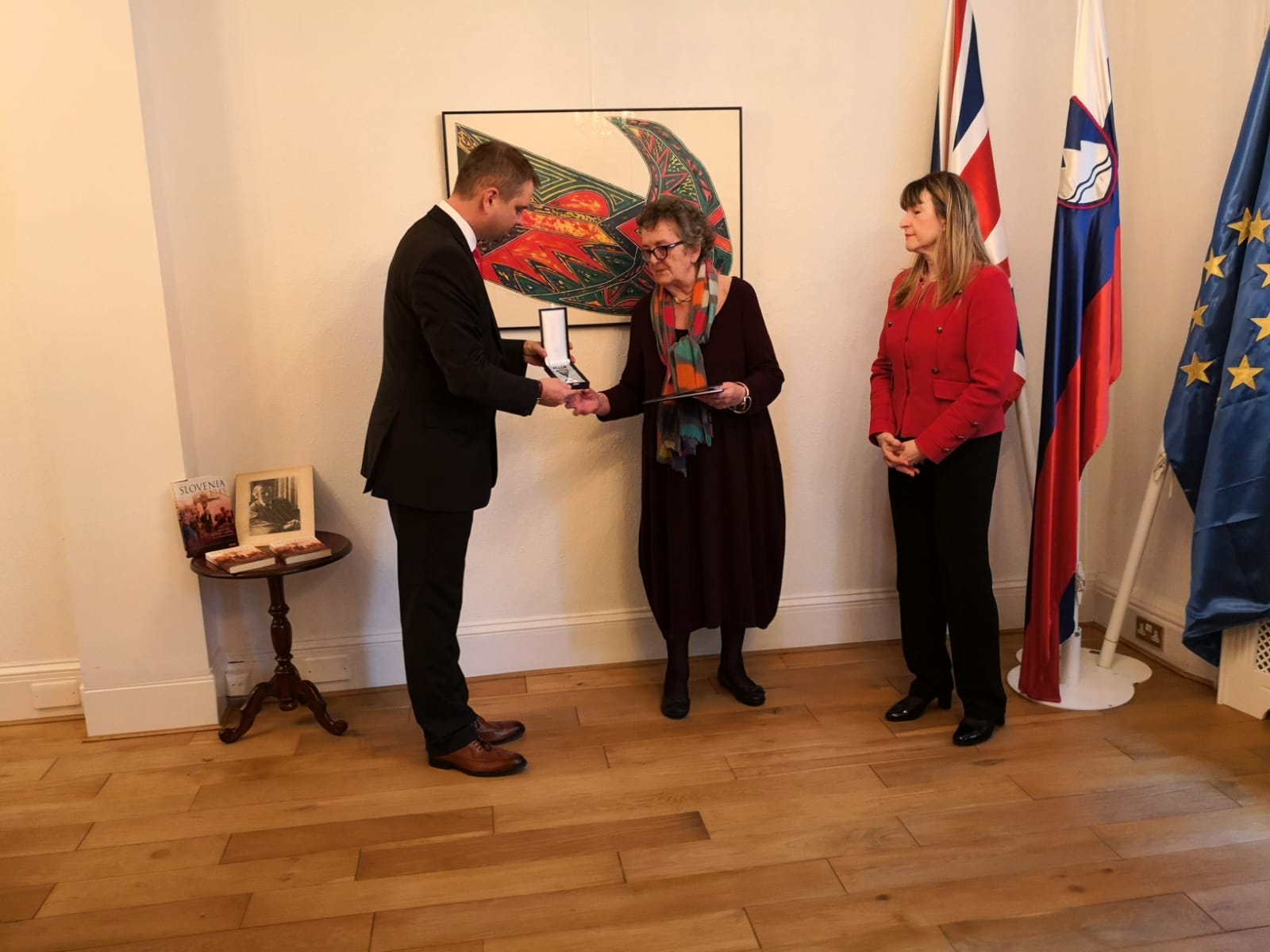 John Corsellis, who died last November, has been posthumously awarded the Order of Merit of the Republic of Slovenia in London.

The award was made for his work as a humanitarian aid worker caring for several thousand Slovene refugees in Displaced Persons camps in Austria in the years after World War II.

Tadej Rupel, Slovenia’s Ambassador to the United KIngdom, presented the award to John’s widow, Ann Corsellis, in a ceremony at the Slovenian Embassy on 4th February also attended by John’s three children, a grandson and family friends.

John was co-author of a book entitled Slovenia 1945 published in 2005.