By Evelina FerrarFebruary 13, 2019No Comments 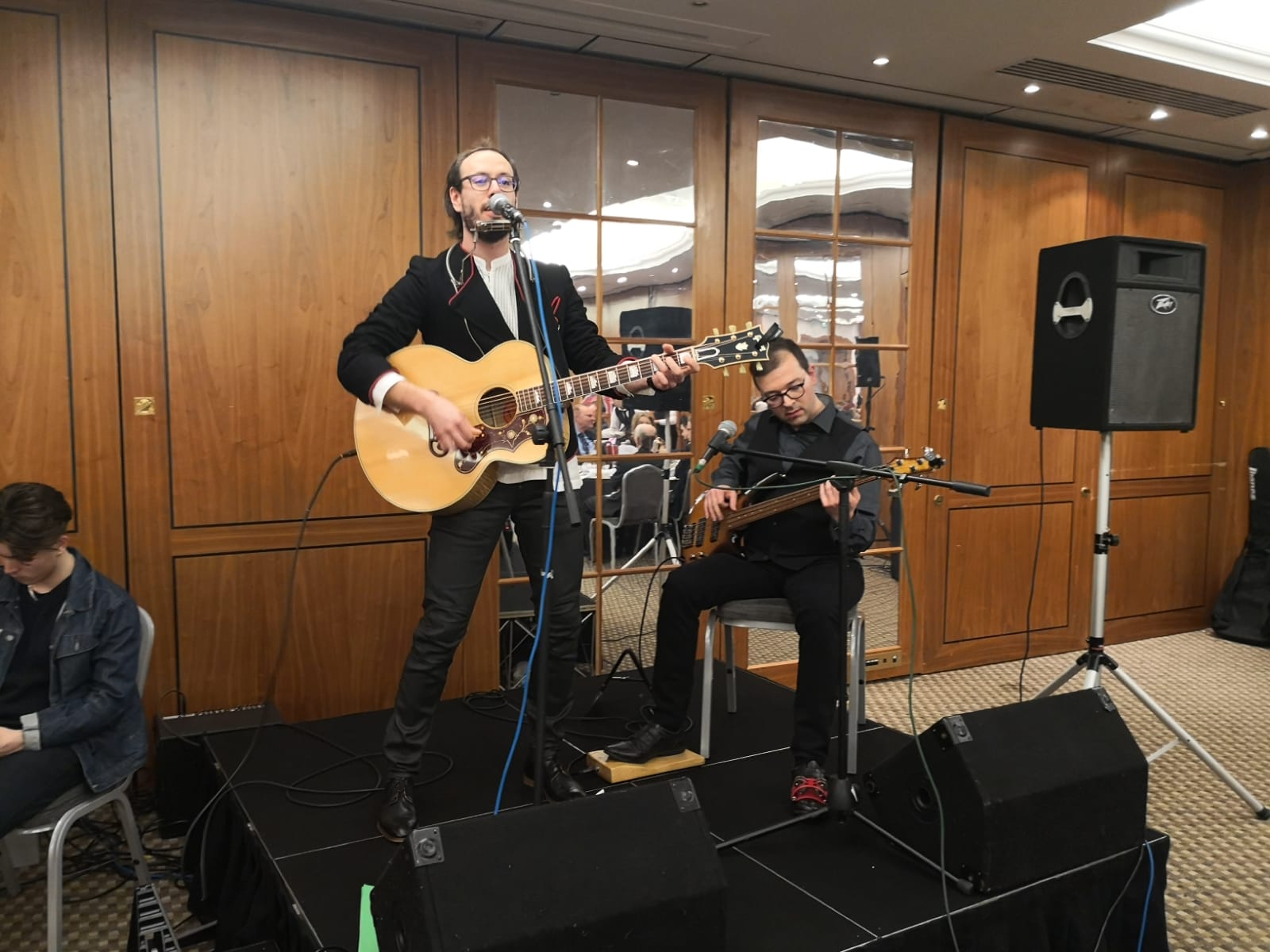 Two up-and-coming young musicians from Slovenia, Gregor Volk and Goran Krmač, enlivened the British-Slovene Society’s 2019 Prešeren Evening on 9th February. And for the first time the Carniolan Bee put in a guest appearance.

In an evening hosted by Shirlie Roden, who herself sang her ever popular Zeleni Zmaj, the two artists from Slovenia enchanted the 87 participants with their original takes on Slovene folk-songs. 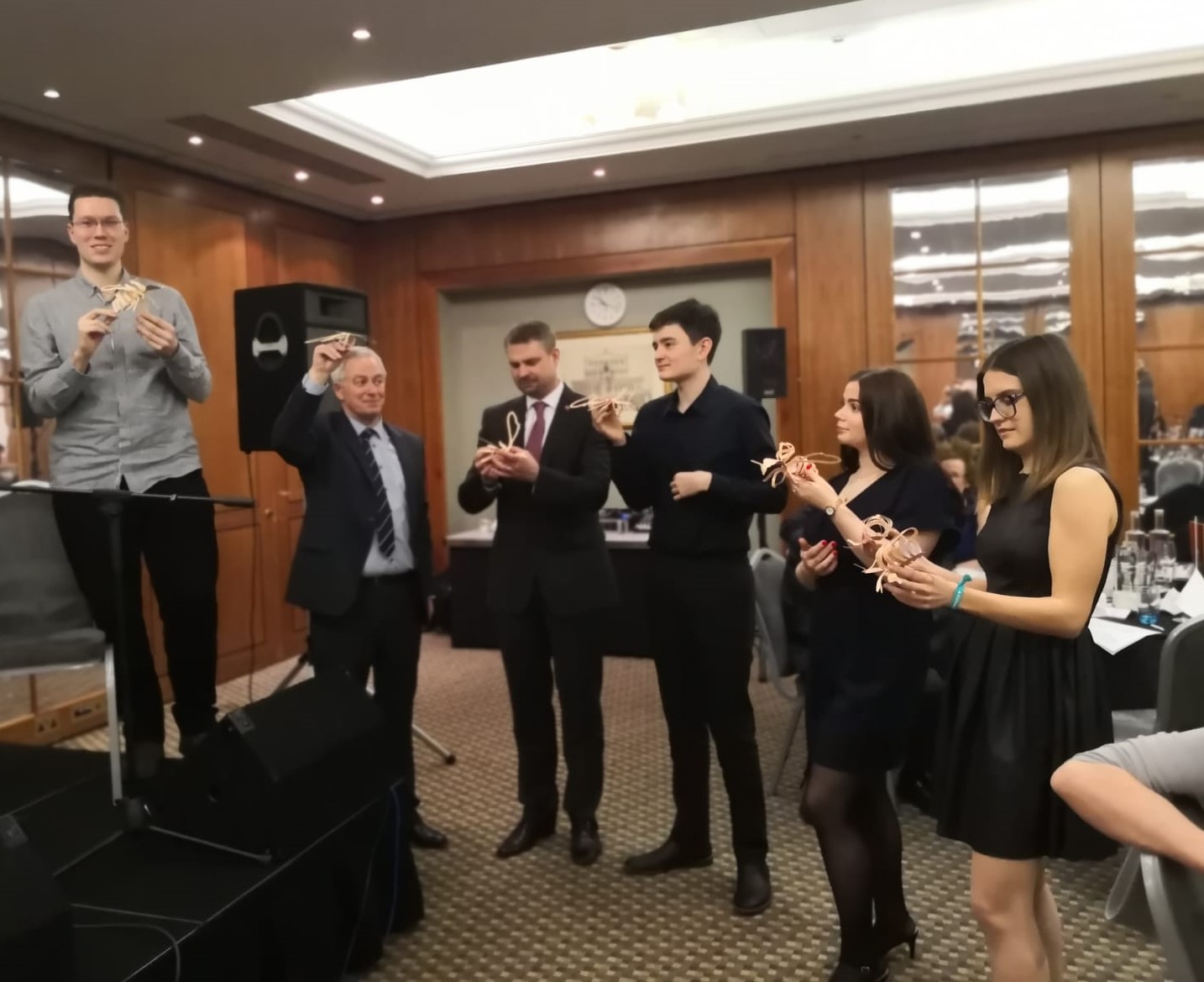 The medieval town of Višnja Gora in Slovenia is celebrating its local Carniolan Bee, which is hard-working, not aggressive and has become a favourite among beekeepers around the world. Each table had a paper-cut-out Carniolan Bee to stick together during the meal. It was not easy.

In the end the musicians judged which was the best, and the prize of a pot of Carniolan bee honey went to Zala Sekne (right), an undergraduate student at Oxford University. Here she is with the contestants, including Slovenian Ambassador Tadej Rupel, who kindly donated Slovenian wine for the evening. Alas, his bee did not quite make the grade. 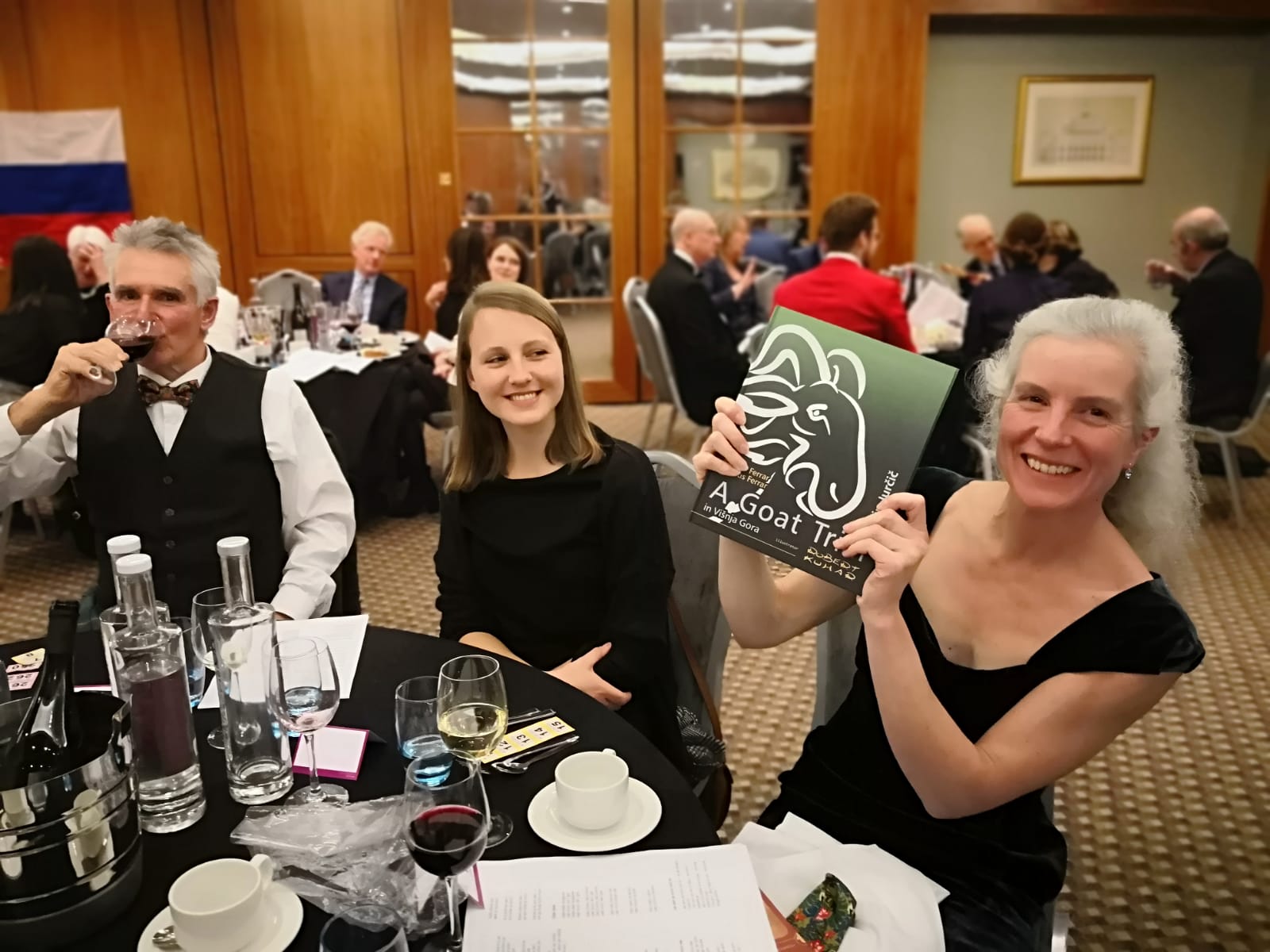 The well-known Slovene story, A Goat Trial, by Josip Jurčič, has been translated into English by Evelina and Marcus Ferrar and was among the prizes in the tombola, which raised £456 for Barka, the Slovene charity for people with special needs. Main prize was a tumble dryer donated by Gorenje.

The Government Office for Slovenes Abroad kindly gave financial support to the Evening.