By Evelina FerrarDecember 4, 2016No Comments

The British-Slovene Society is sad to hear of the death of Ljubo Sirc, one of its most distinguished and long-serving members. He was 97. 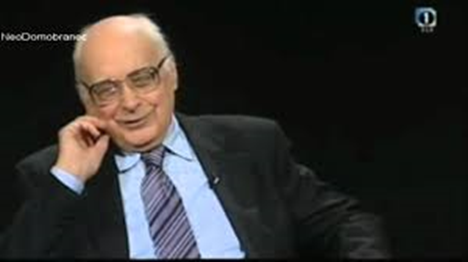 Ljubo Sirc was born in 1920 in Kranj and fought with the Resistance in WWII in Yugoslavia.

Subsequently he was considered suspect by the new Communist regime and in 1947 he was sentenced to death. His sentence was commuted to 20 years’ hard labour and in 1954 he was released.

He left for Britain and lectured at universities around the world. In 1965 he took up a post at the University of Glasgow, where he then lived. In 1983 he founded a Center for Research into Post-Communist Economies in London.

In 1989 he returned to Slovenia and unsuccessfully stood as a Liberal Democrat candidate for the Presidency three years later.

Back in Britain, he was awarded the CBE for spreading democratic ideas in Eastern Europe.