By Evelina FerrarDecember 6, 2016No Comments

At a time when solidarity among peoples is more important than ever, the annual Christmas Service of Carols and Readings of the British-Slovene Society attracted a record turnout of members and their friends on 2nd December.

Young and old filled all the pews of the beautiful Christopher Wren Church of St. Andrew-by-the Wardrobe in London, and took part in the readings and carol singing, led by the Gallus Consort choir under Paul Brisby (who brought his new-born son with him). 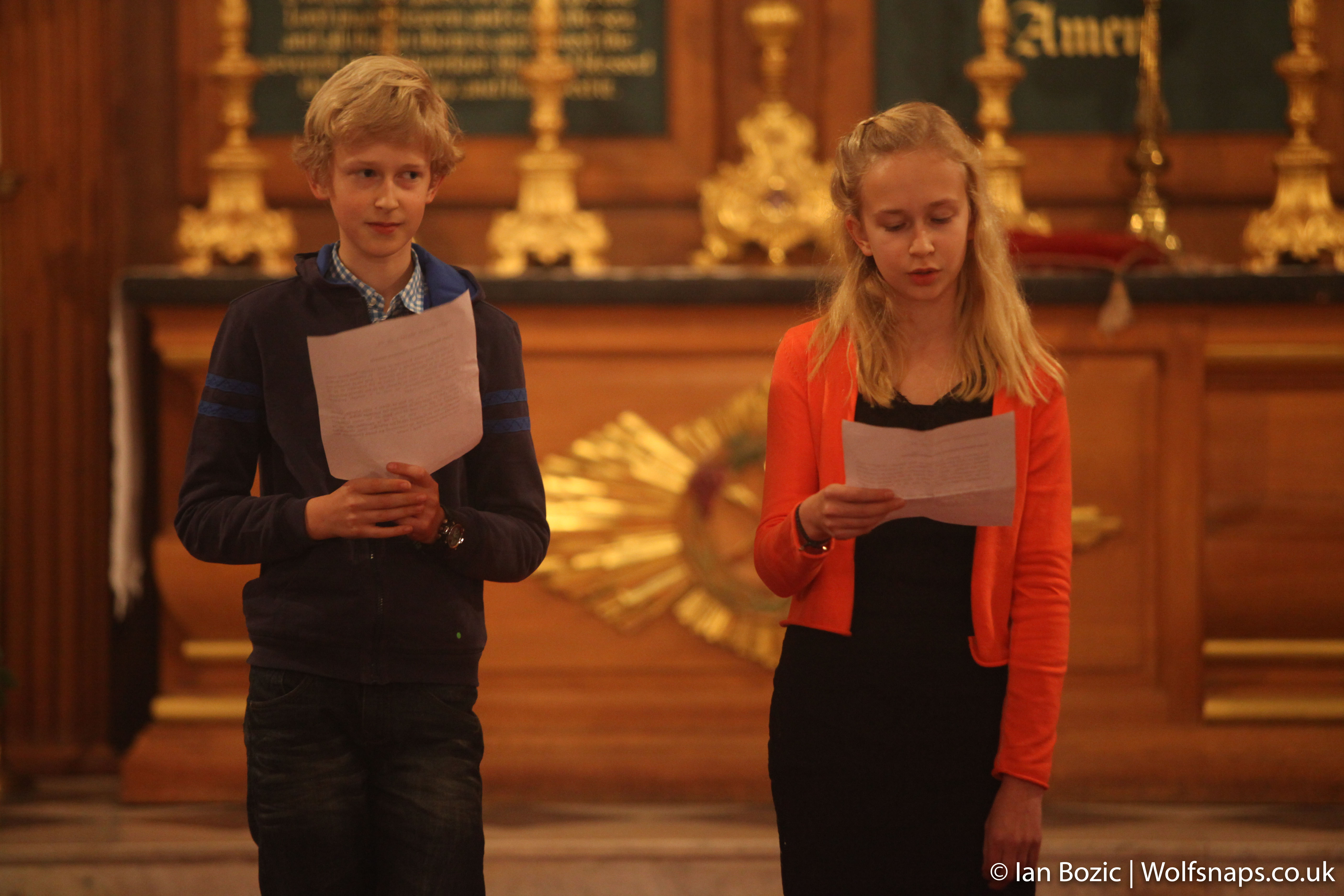 Robert Mingay-Smith played the organ, and the service was officiated by the Ven Luke Miller, Archdeacon of London, who is also Rector of St. Andrew-by-the Wardrobe.

Participants donated £306 in a collection for Barka, a charity in Slovenia for children with special needs, which the Society has supported for many years.

Afterwards, we stayed to talk, drink Slovenian wine kindly given by the Slovenian Embassy, represented in person by Ambassador Tadej Rupel and family, and eat traditional Slovenian potica and English mince-pies. 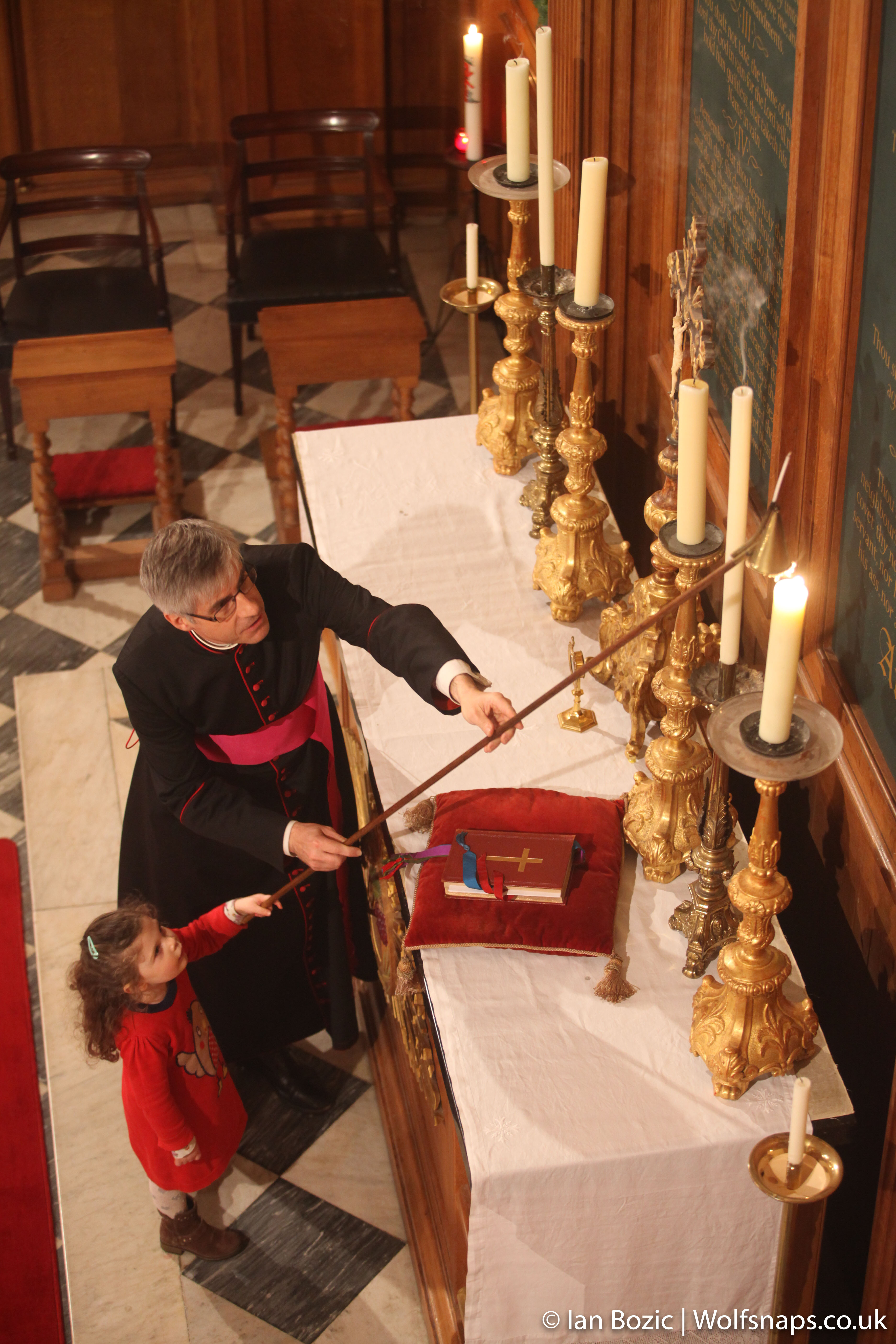 The Ven Luke Miller is assisted with the candles