By Evelina FerrarDecember 1, 2013No Comments 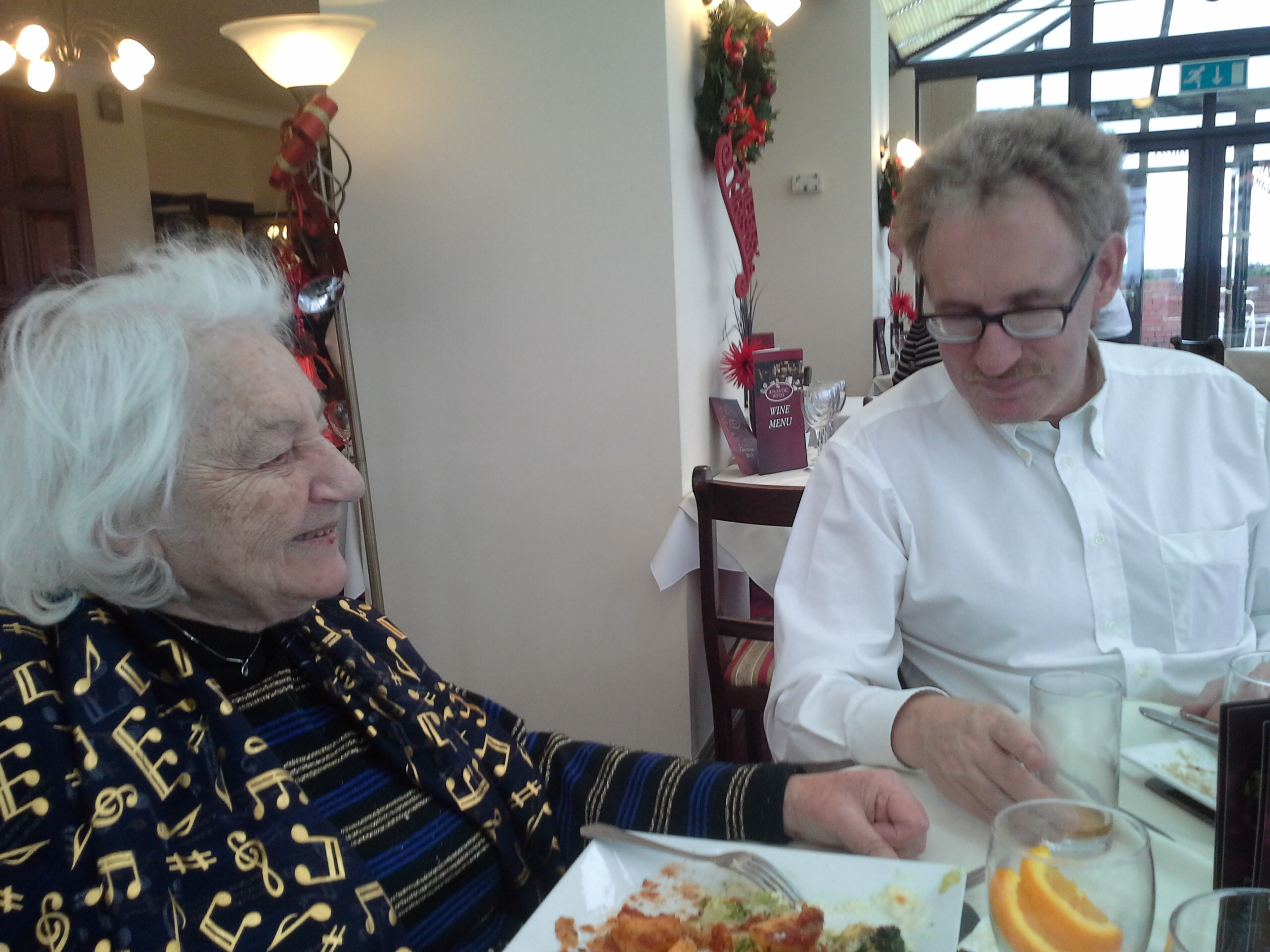 Lisa Hirsch spent her pre-war teenage years in Maribor, now Slovenia and then part of Yugoslavia. However that’s not where the family originated from. Born in 1919, she spent her first years in Fürth in Bavaria. When Hitler came to power in 1933, the family had to leave, for they were Jews.

As the war drew near, Maribor wasn’t safe either. Sponsored by her uncle, a founder member of Marks & Spencer, she was able to come to England at the age of 19 in 1938. Soon her family could join her in London. Lisa was supposed to study English, but applied for a job at the BBC.

After a brief interview to test whether she could speak clearly in Slovene, she landed a job with the Yugoslav section of the BBC, and was soon broadcasting back to where she had just come from. At the BBC, she met Anton, father of Diana Poberaj, who recounts this story of Lisa’s wartime years:

“One afternoon on a fire-training exercise, she was instructed to carry heavy pails of water. The Polish contingent at the BBC, by nature most gallant, rushed to her aid each time, as dignity would not allow them to leave a lady in such dire need. Finally a supercilious English voice barked out: ‘Gentlemen! For the purpose of this exercise, Miss Hirsch is NOT a lady!’”

Lisa converted to the Orthodox Church. In the 1950s she married Philip Houlton. She continued working for the BBC for many years and to this day remains in spirit the consummate journalist.

Lisa now lives in the seaside town of Porthcawl in Wales, near her son David and his wife Anne.