By Evelina FerrarDecember 8, 2012No Comments

The London church of Saint Andrew-by-the-Wardrobe was filled by a throng of Britons and Slovenes celebrating Christmas with carols and Bible readings on Friday 7th December. 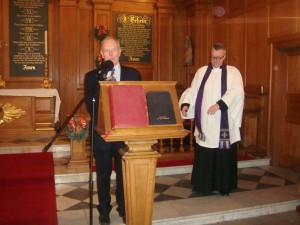 Wren’s church is hard to find among the City of London’s busy roads and little lanes leading down to the Thames, but this annual event organised by the British-Slovene Society attracts an increasing number of participants, young and old.

In a service conducted by the Reverend Guy Treweek, the London Renaissance Singers sang in English and impeccable Slovene. Members of the congregation read the Bible’s nine traditional accounts of Christmas in both languages. All joined in singing the familiar carols in an elegant historical setting.

Then the congregation repaired to the sacristy to catch up on news, drink Slovene wine (courtesy of the Embassy) and tuck into delicious potica cake, baked by Slovenes in Slovenia and England.

Participants contributed £307.50 to the Barka charity in Slovenia, which has long received support from the British-Slovene Society – and needs it all the more now due to Slovenia’s economic difficulties. 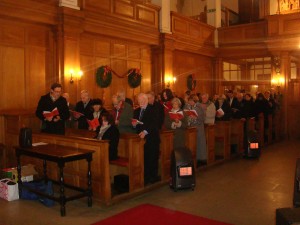 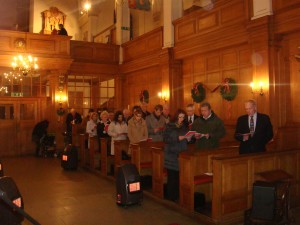