By Evelina FerrarFebruary 12, 2018No Comments

The Prešeren Evening celebrating the 25th Anniversary of the British-Slovene Society was a rip-roaring success, with a record turnout and a rousing concert by Vlado Kreslin, the Slovene folk singer/songwriter.

When guests saw that Vlado was coming back to London on 3rd February, two years after his first appearance with us, they knew what to expect. Last time, party-goers were dancing on tables until late into the night. So he barely had to strike up on his guitar for the conga-dancers to start rippling around the room again. 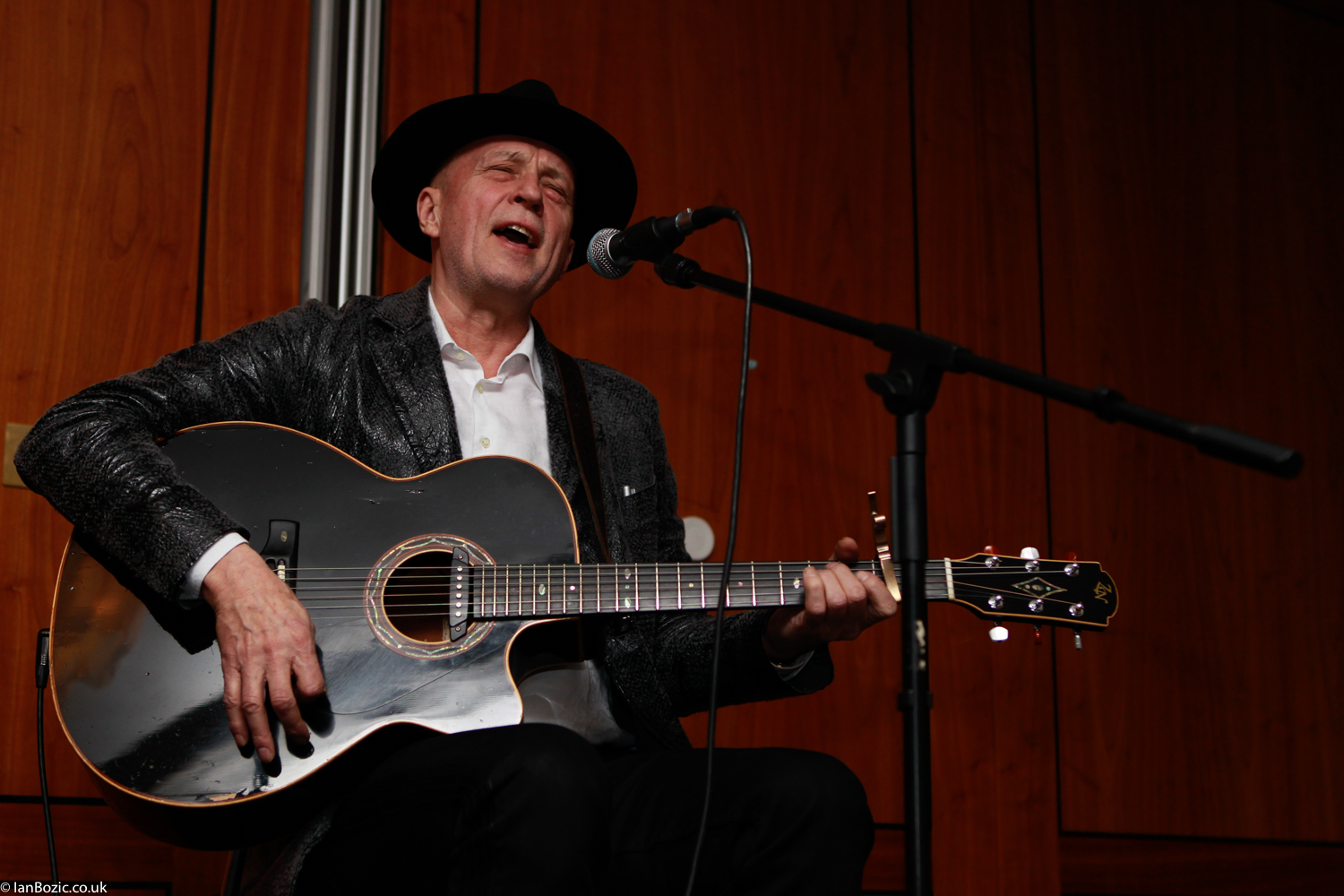 »Two years ago it was already great here with you,« said Vlado, »but this year was even better!« 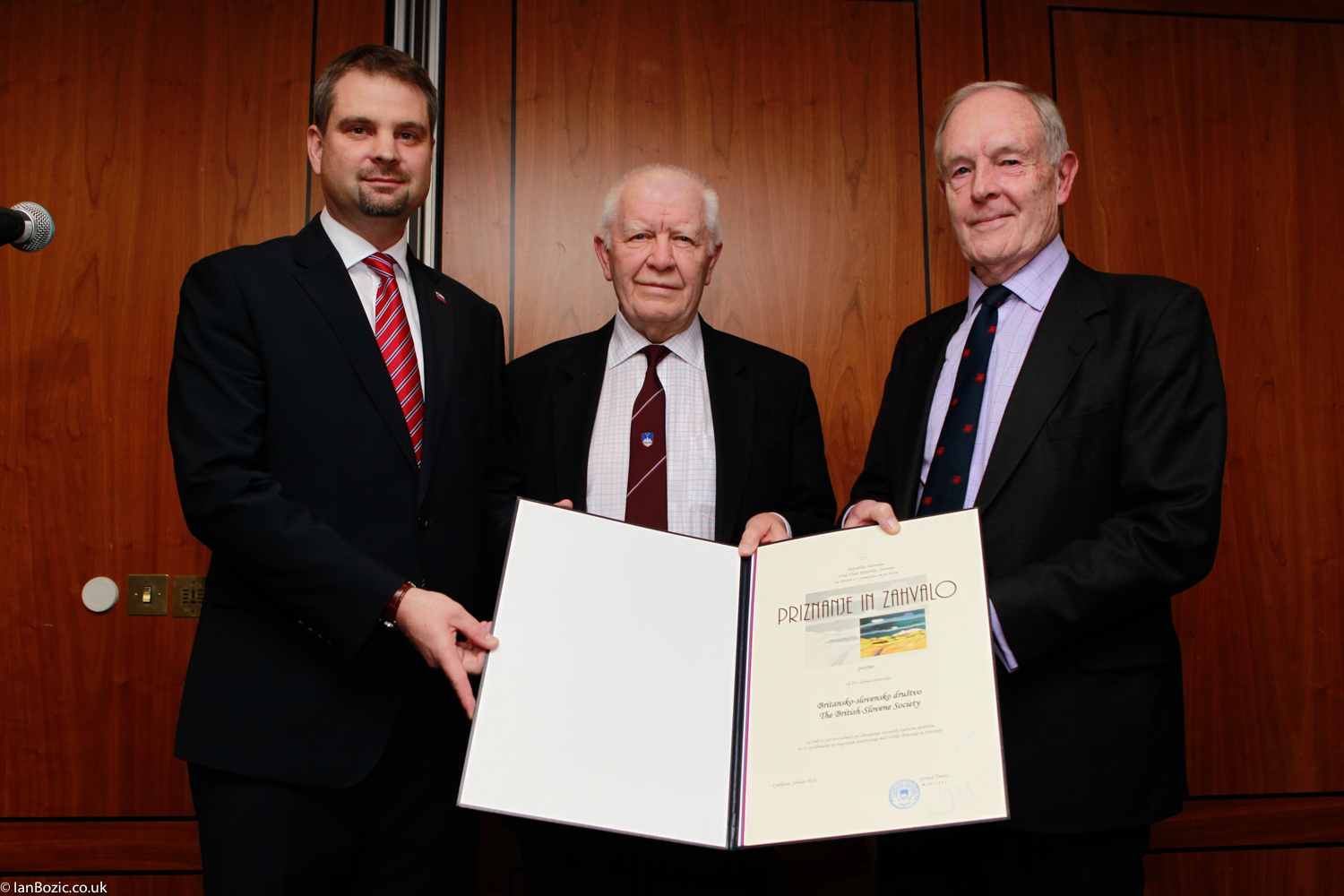 The Slovenian Ambassador, HE Tadej Rupelj, made a presentation to the Society on behalf of the Slovenian Government to BSS Chairman David Lloyd and Keith Miles OBE, one of the founders back in 1993.

The tombola organised by BSS Trustee Catherine King raised over £700, more than ever before. The proceeds went to Barka, the Slovenian charity for people with special learning needs we have been supporting for many years. Two members of Barka (above) attended the evening at the invitation of the BSS.

The evening was hosted by BSS Trustee and singer Shirlie Roden.