Talk by Marcus Ferrar “Writing about peoples with difficult histories”

By Evelina FerrarJune 22, 2013No Comments 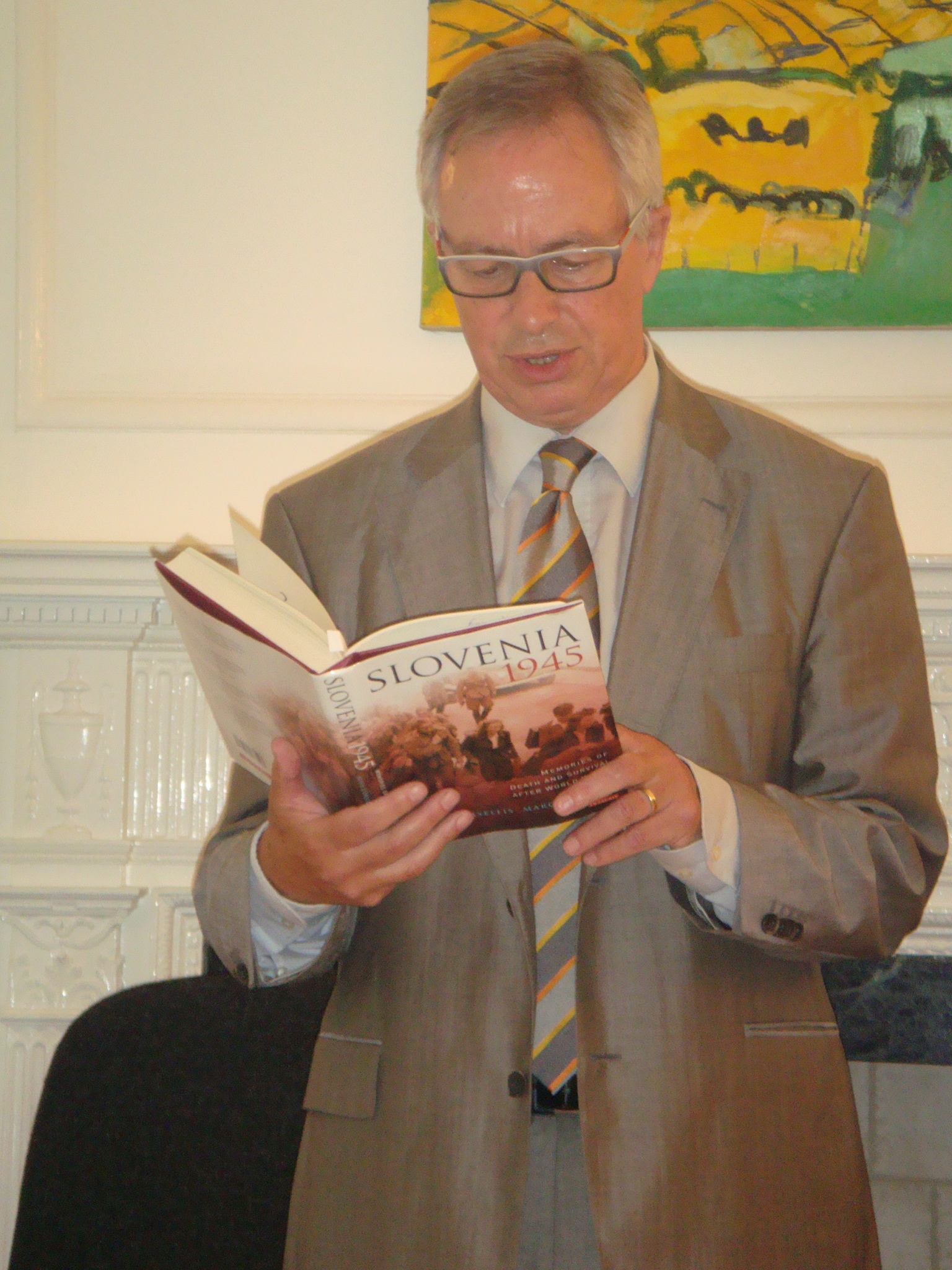 Diana Poberaj wrote this report about a talk given by Marcus Ferrar at the British-Slovene Society Annual General Meeting in London on 21 June 2013:

In the final chapter of his book about Germany, A Foot in Both Camps, Marcus Ferrar describes how he wrote in the visitors’ book of the church in Dresden destroyed by the British air force in February 1945 and now restored: “When my turn came, I wrote, ‘ I am British. I am sorry my people destroyed this church.  It should never have happened. ‘” His words indicated his choice for peace over war.

Marcus demonstrated his understanding of human conflict, and the position of families separated by opposing standpoints enforced by positions of no return.  This is a huge burden for a new country such as Slovenia, because there is no homogeneity.

Slovenia 1945, which Marcus wrote with John Corsellis, tells how moved John Corsellis was by his observation of the suffering of Slovene refugees in Austria when 13,000 Slovene soldiers were massacred upon their enforced return to former Yugoslavia.

His latest book, The Budapest House, due out this autumn, centres on a Hungarian girl who at the age of thirteen is shocked to discover that she is Jewish. She inherits a flat in Budapest from her grandfather. She discovers the tenant was a member of the secret police and had tortured prisoners. She is troubled by the implications of this inheritance.

Marcus reflected on Hungarians’ own genocide – their own citizens helped send Hungarian Jews to Auschwitz.

He admired Willy Brandt, the German Chancellor of reconciliation, who knelt before the Jewish Memorial in Warsaw. Germans have been far more ready to accept responsibility for genocide.

Britain’s relentless bombing of German towns is still lodged in the minds of those who suffered it.

The author’s acknowledgement of sorrow over the destruction of Dresden and its beloved church is what impressed a woman witness to history the most.