By Evelina FerrarOctober 16, 2013No Comments

A Slovenian Parliamentary delegation led by Janko Veber, President of the National Assembly, attended a debate in the House of Commons during a visit to London on 14th October 2013, and met British Members of Parliament belonging to the British-Slovene Parliamentary Group.

The Slovenian visitors remarked on the custom that Members of Parliament could interject comments during speeches in the debating chamber, which contrasted with practice in Slovenia.

Before the discussion ended, the visitors had another taste of British democracy in action: the Division Bell rang, and the British MPs had to hurry away to take part in a vote.

David Lloyd, Chairman of the BSS, told how the Society had evolved in the 20 years of its existence, moving from helping the young Slovenian state establish itself to networking, spreading knowledge of Slovenia, and facilitating contacts between Britons and Slovenes. 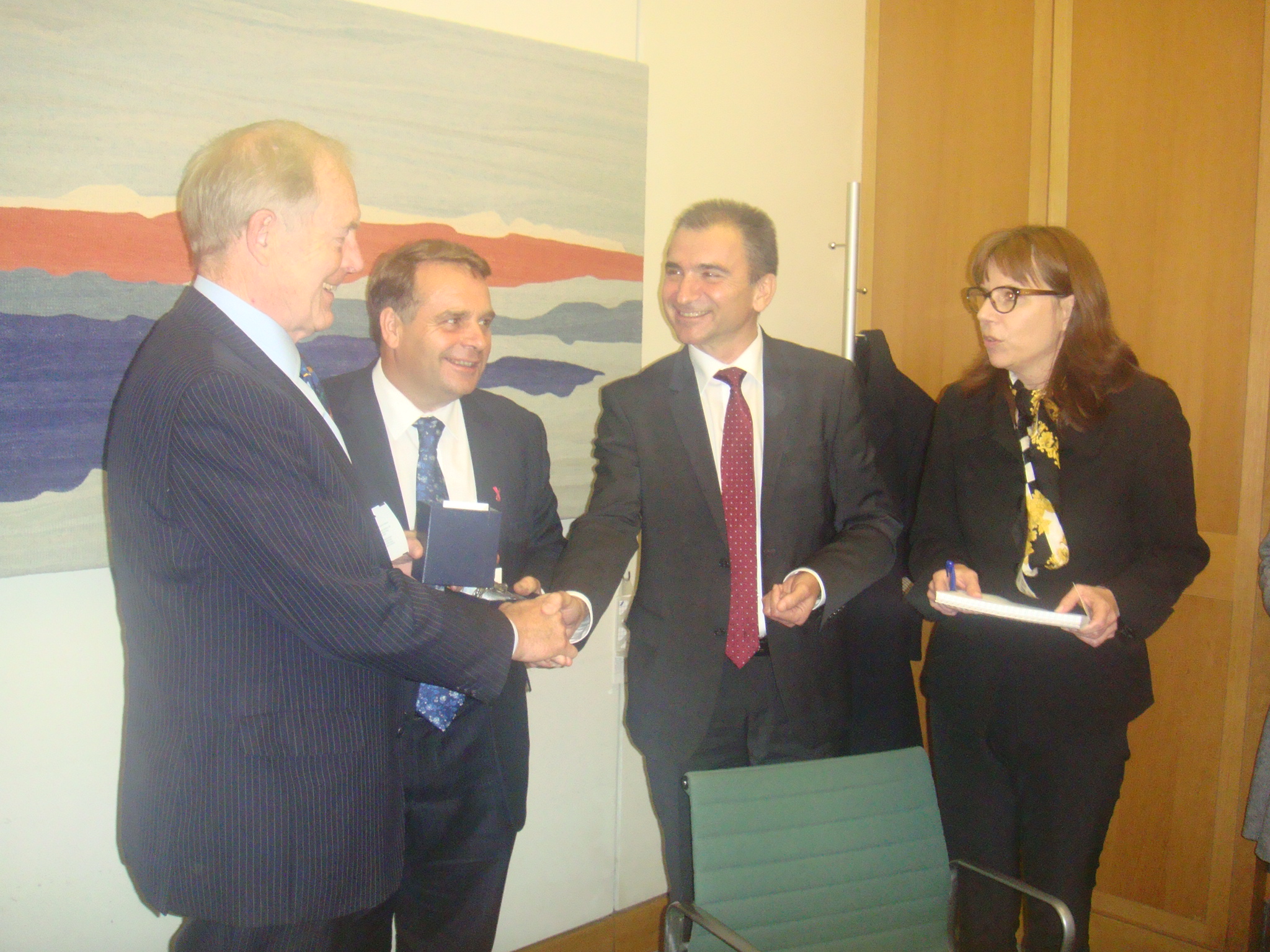