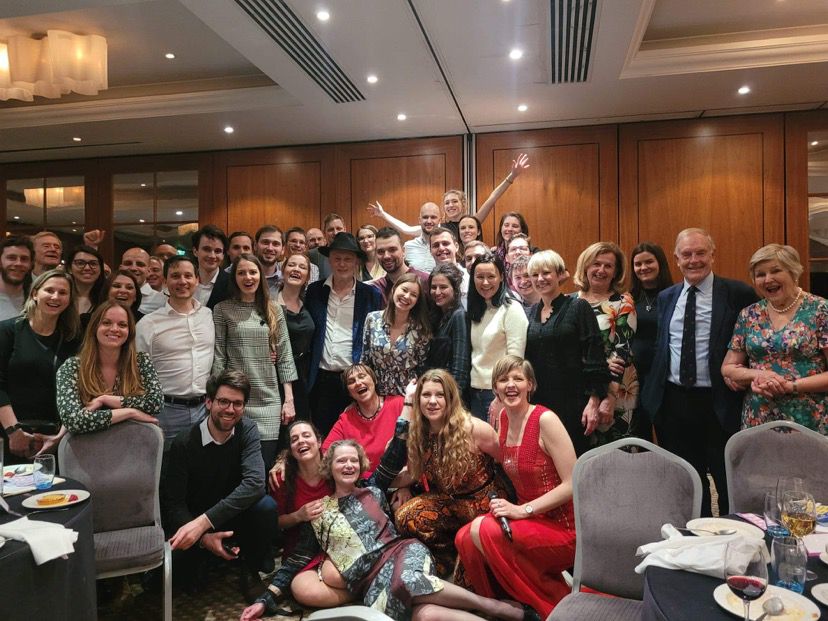 By Evelina FerrarMarch 27, 2022No Comments 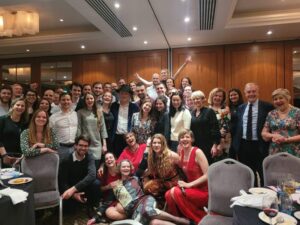 After a two-year break, the British-Slovene Society returned in style with a Prešeren Evening attended  by a record 111 members and friends. Slovenia’s renowned singer-songwriter Vlado Kreslin was back with a rousing performance which had people dancing around the tables after the traditional reception and dinner. 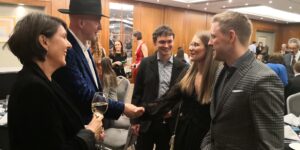 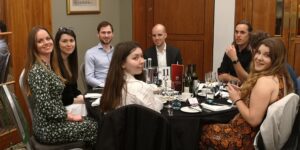 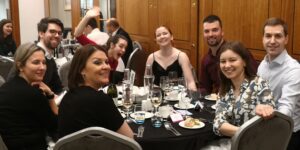 No sooner did Vlado strike up his guitar than it became clear that half the audience (the young ones) knew his songs by heart and sang along. “The newly-formed British-Slovene Society Choir” is how Vlado hailed them. 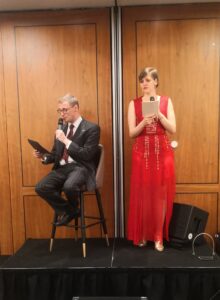 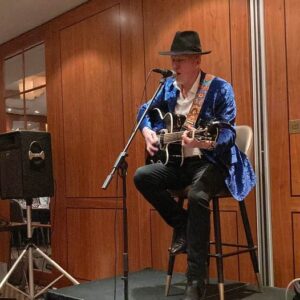 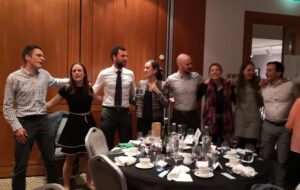 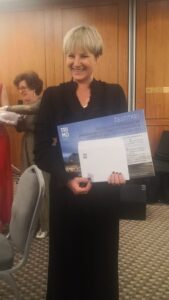 After his opening words of welcome, Chairman David Lloyd called for a minute’s silence for the victims of war in Ukraine. The Ambassador of the Republic of Slovenia, H.E. Simona Leskovar, greeted participants too, and her Embassy kindly donated Slovenian wine for the evening.

For the tombola, the top prizes were offered by our sponsors: Trimo and Riko both donated weekends in Slovenia, Elan gave a pair of skis, and Simčič Slovenian sparkly wine.

The tombola produced a record £882, which gpes to Barka, the charity for people with special needs which we support in Slovenia.

The BSS gratefully acknowledges  financial support given by the Slovenian Government’s Office for Slovenes Abroad.