More than 100 people turned out on a cold winter’s evening for the British-Slovene Society’s traditional service of Carols and Readings – for the first time in the church of St Martin Ludgate near St. Paul’s Cathedral.

This 9th December, we moved from our habitual church of St-Andrew-by-the-Wardrobe, which is closed for renovations. The Venerable Luke Miller, who is Rector of both churches, presided over a particularly moving service.

In this Christopher Wren church on Ludgate Hill, a choir brilliantly directed by British-Slovene Society Trustee Kaja Pečnik could sing in front of the altar and take pride of place.  Together with organist Aljoša from Leeds they inspired the congregation to sing out in full voice. 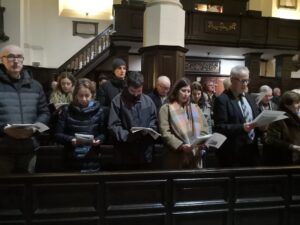 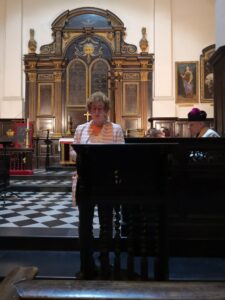 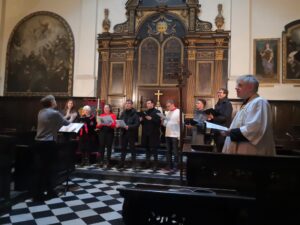 As usual, the Carols and Bible Readings of the Christmas story were in English and Slovene. A number of Britons who have heard these Slovene carols many times were able to understand and join in. That’s what the British-Slovene Society is for!

One Trustee flew back from Slovenia the evening before with a suitcase full of potica cake kindly made and donated by Živa Pečnik, who is not related to Kaja but has a son living in the U.K. Other poticas were offered by Chairman David Lloyd and Trustee Miha Košak. 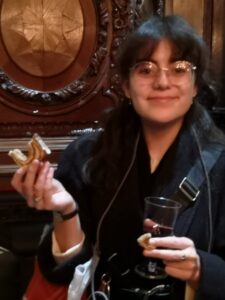 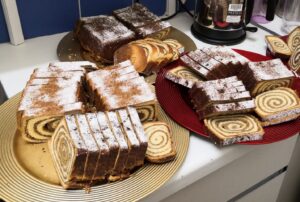 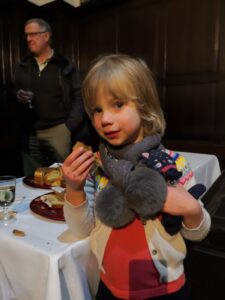 Our heartfelt thanks go to Trustee Catherine King, who organised the event superbly, to Kaja for rehearsing the choir and organist to perfect pitch, and to the Embassy of the Republic of Slovenia in London for donating wine and to the Government’s Office for Slovenians Abroad for financial support.

At the end of the service, Catherine and David Lloyd read out touching personal messages from people at Barka, the Slovenian charity for people with special needs which we have supported for many years. At the end, the congregation donated to a new collection for the people at Barka, who have become our friends.

PS: The British-Slovene Society’s Prešeren Evening will take place at the Ambassadors Hotel in London on 11th March 2023. Keep the date!