By Evelina FerrarFebruary 3, 2020No Comments

Staged on 1st February, one day after Brexit, this year’s annual British-Slovene Society Prešeren Evening in London was a moving demonstration of our common will to preserve and strengthen our friendship, come what may.

Shirlie Roden sang “Slovenia” – composed as a tribute to the country where she has been performing over the past 20 years. The Sedbergh Singers from Cumbria rendered the traditional Slovene folk songs which they have mastered over the years. 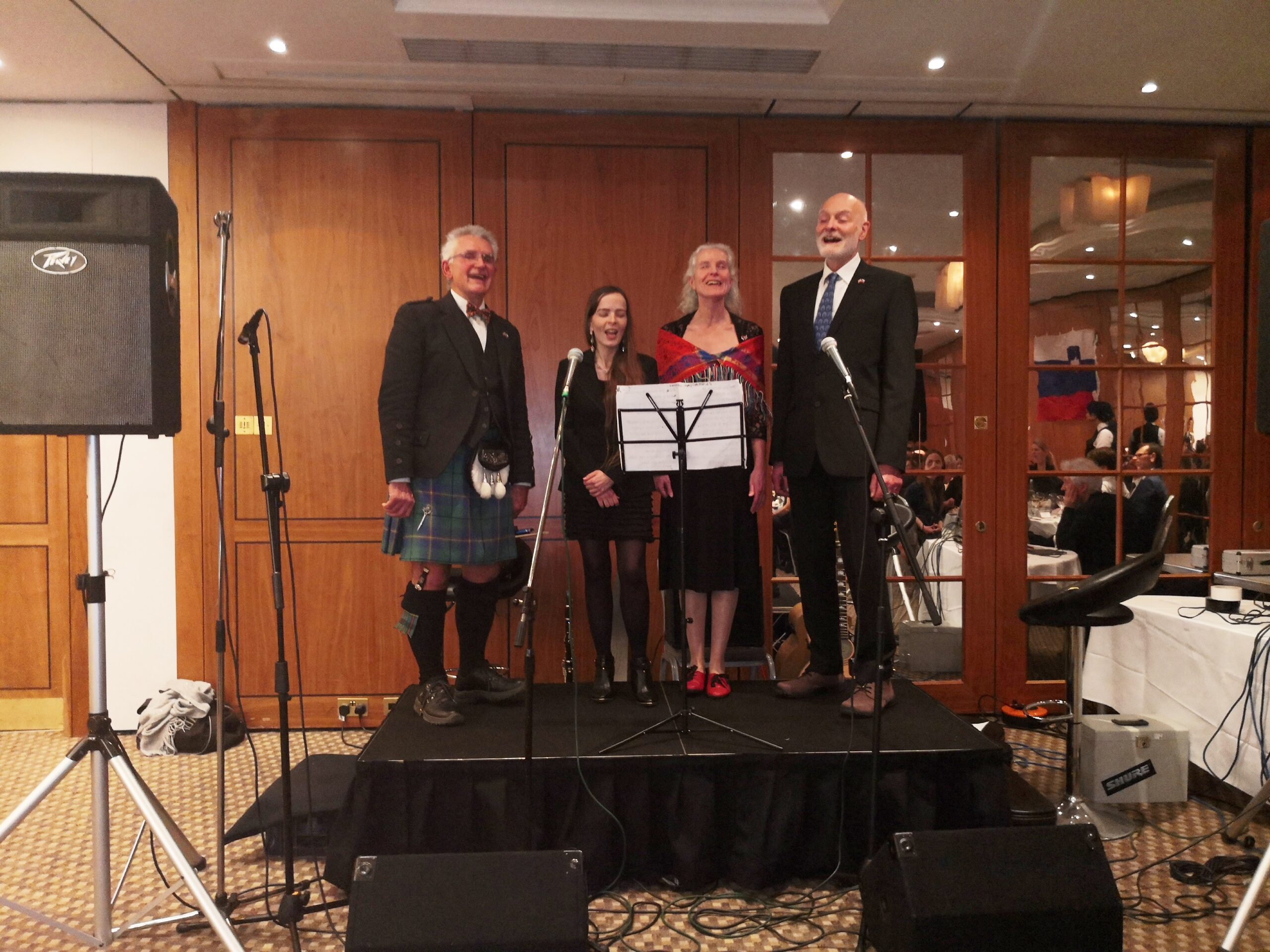 Finally we were treated to an inspiring performance by two of Slovenia’s top musicians, Boštjan Gombač and Saša Olenjuk. Boštjan transfixed us with his virtuoso music-making on an amazing array of instruments – including a metal saw and his own head – backed up by Saša on the guitar.

“I love London. I can breathe here,“ enthused Boštjan afterwards. So maybe we’ll want him back to breathe some more!

The tombola run with great verve by Catherine King raised a record £603 for Barka, the charity we support in Slovenia for people with special needs.

The two main prizes, a set of Elan skis and bindings, and two nights for a couple at Kranjska Gora donated by the Slovenian Tourist Board, were presented by Ambassador Tadej Rupelj, attending our Prešeren Evening for the last time. He and his family are returning to Slovenia after six years later this year. 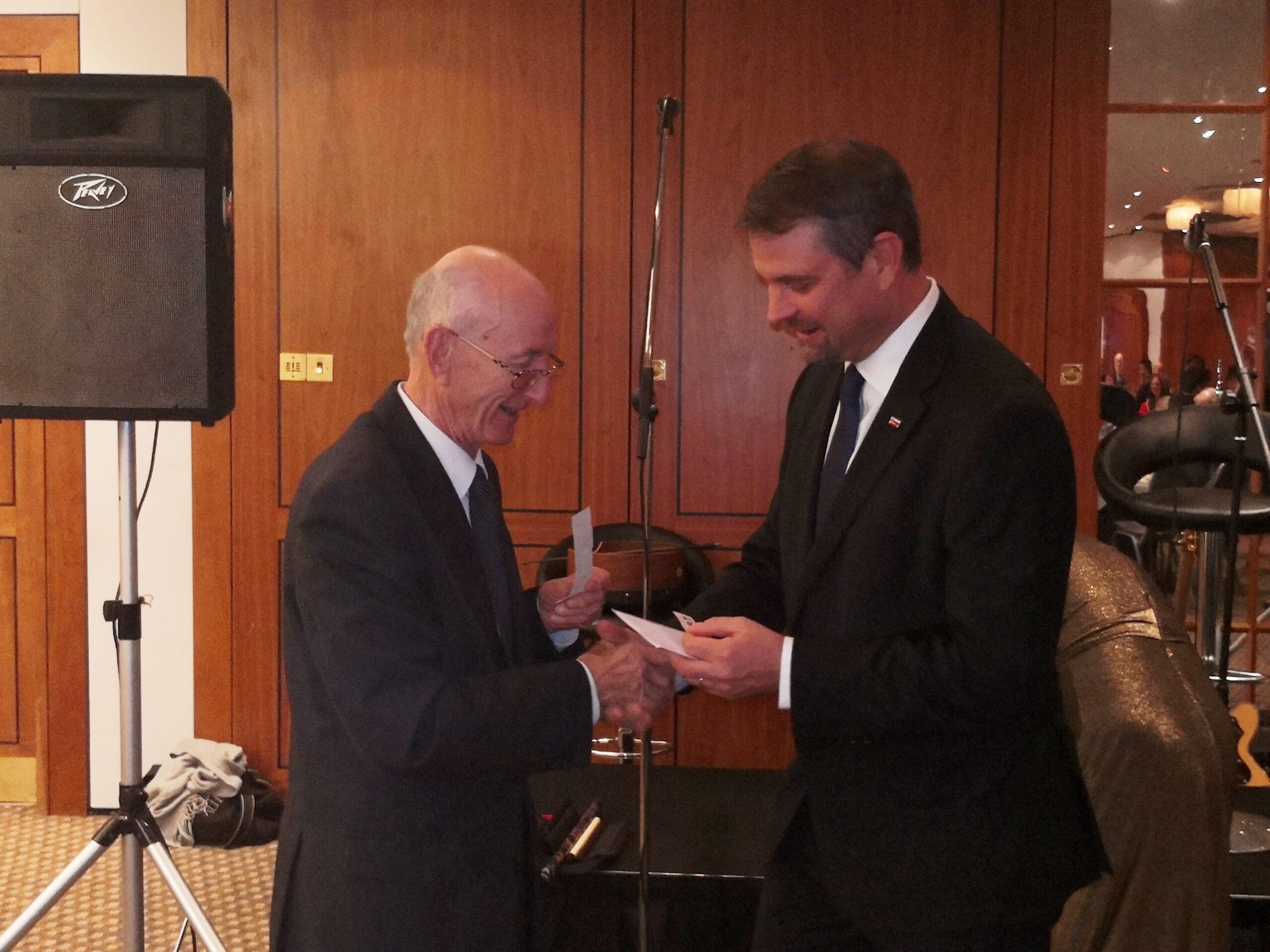 Once again the Slovenian Embassy generously supported this year’s event. Thank you Tadej! We will miss you. We are also grateful for grants from the Slovenian Government’s Office for Slovenes Abroad, and the Ministries of Culture and Foreign Affairs.

The Prešeren Evening goes from strength to strength. Never have the good relations it fosters been more important. Thank you to all of you for bringing such good feelings and lively spirits at this sensitive time.

Comments by participants:
– A lovely evening. Boštjan and Saša’s performance was absolutely wonderful. So surprising and hugely entertaining. – Deborah Field
– Wonderful to be there with you all – the best event yet – David Burbidge
– One of the most enjoyable Prešeren Dinners that I have attended – Michael Chant
– It was a beautifully organised event and we enjoyed it thoroughly – Nav & Kristina