By Evelina FerrarDecember 2, 2019No Comments 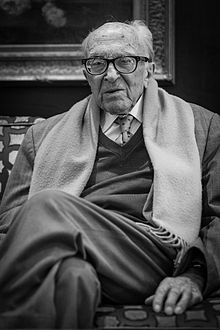 Last Wednesday (27 November 2019) BBC 1 showed a documentary based around a lengthy interview with Boris Pahor, a Slovene writer from Trieste, who is 106 years old and is believed to be the oldest living concentration camp survivor. He has always lived in Trieste except for a period immediately after the war.

The programme was entitled “The Man Who Saw Too Much” and the interview was conducted in Slovene, partly with English subtitles and partly with a live translation into English. It is available on BBC i-player for about the next three weeks.